This year Bibles International is coming alongside the Sara Madjingay people of Chad, Africa, to help them complete their Bible. We are excited to work with a people group who have waited so long for God’s Word in their own language.

Please pray with us for God’s wisdom, grace and strength as we translate God’s Word around the world. Every area of the world has a unique story to tell. Today there is an even greater need to get God’s Word into the hands of people who are living under great oppression due to the pandemic, fighting, loss of income, or loss of family members. God is in control, no matter what the circumstances. People need to hear the good news of the gospel. Thank you for your partnership. 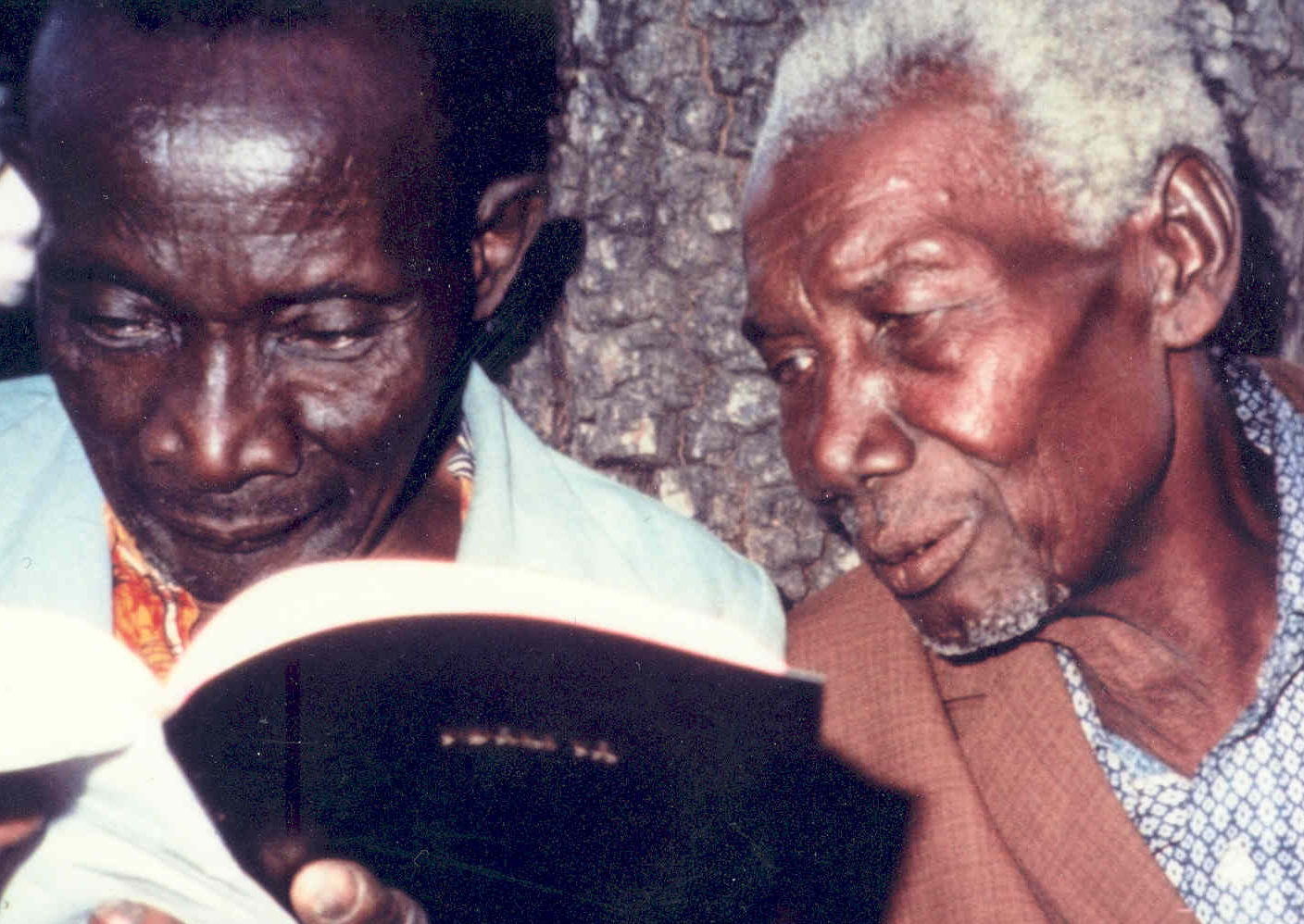 These men are enjoying the first look at a New Testament in their own language after the NT dedication that day. This picture was taken in 1989 in Chad, Africa. Both men had wondered if they would ever get an opportunity in their lifetime to read God’s Word in their own language. The names of the two men in our trademark picture: Jude Mulgulabaye and Jeremie Tompte (lighter skinned man on the right, a pastor for many years). Mulgulabaye (the one on the left with very dark skin) stood firm for the Lord through all the persecution in Chad in the 1970s. He went to jail with a group of pastors, but was released from jail one day. The next day the other pastors were killed. He felt such remorse because he did not die with them. He turned himself back in to the authorities who told him to “go home old man.” This photo records a special moment with the two old men and their first reading of the Sara Kaba Naa New Testament. (Worked on by translation consultant Ada Temple.)