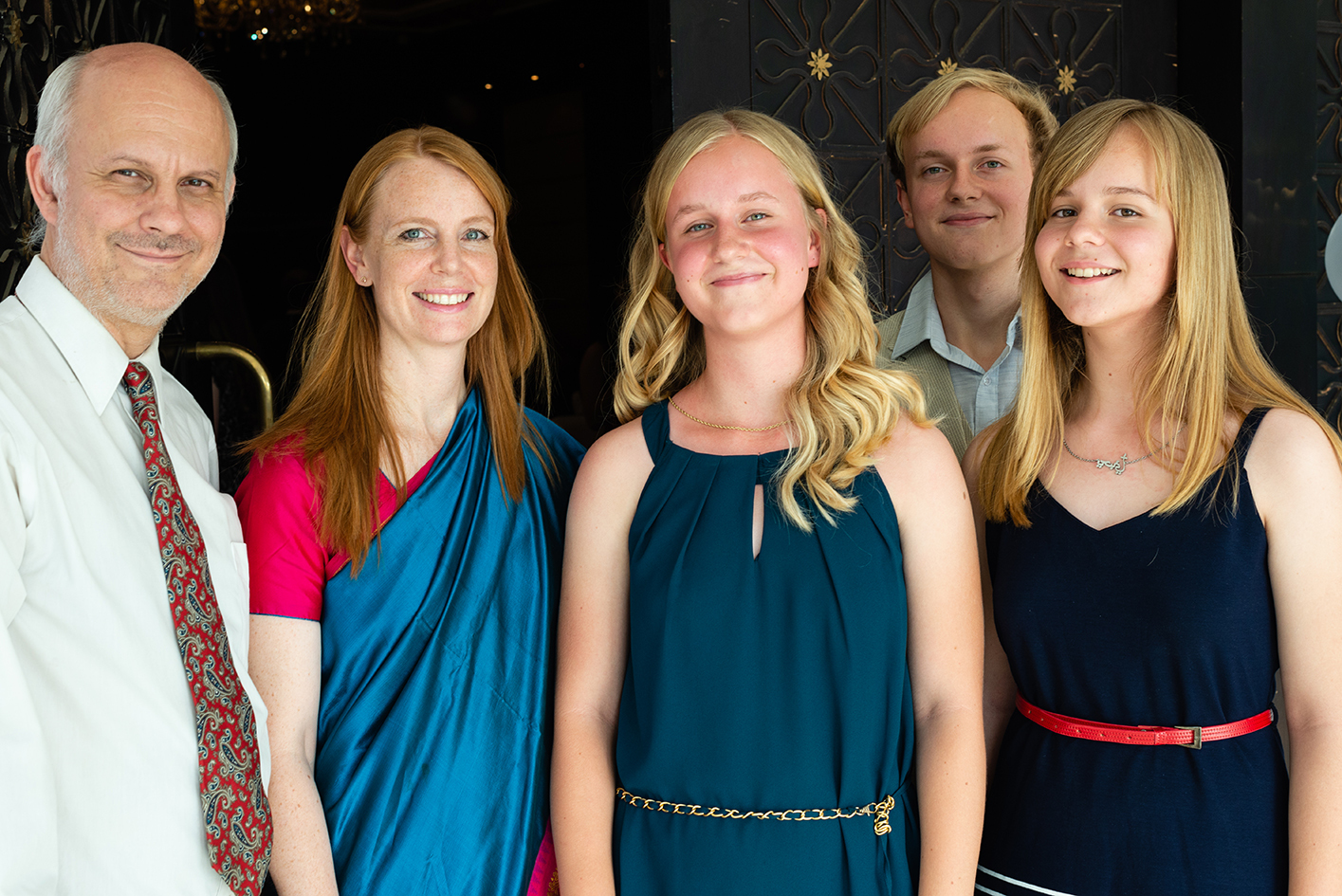 Daniel and Laura G. are sent out of Berean Baptist Church in Lynchburg, Virginia. Daniel was born in South Asia to missionary parents. He planned to go into medicine, so he earned a B.S. at Bob Jones University, but then the Lord called him into church planting and Bible translation. He received an M.A. in linguistics at the University of Texas in Arlington (UTA) in 1994 and then a Th.M. in Dallas in 1997. Laura grew up in Ft. Collins, Colorado and felt burdened to go to South Asia before she met Daniel. She graduated from Northland Baptist Bible College with a bachelor’s degree in Bible/Missions and Secondary Education. She also received an M.A. in linguistics at UTA. She and Daniel were married on December 28, 1996. They served in South Asia from 2000 with Baptist Mid-Missions, reaching out to the Krupto tribe, leading an English ministry, and participating in other church planting activities, until the Lord re-directed their path to Bibles International. Daniel had observed and participated in BI translation workshops since 2003 and had pursued adjunct status with BI. But now he will serve as a full-time translation consultant for the Krupto and Pente projects, while Laura will serve as an adjunct literacy consultant for the Krupto project. They will also recruit for BI at schools in the eastern US. They have three children, ages 20, 18, and 15